“This is where I have to be!” Josh Hill announced after he toured our Queen St. W. premises back in 2014.

He found out about Max the Mutt through a local art supply store in his home town, Orangeville Ontario. After finishing a one-year college program, he was working retail and still drawing in his spare time. One of the employees at the store handed him a pamphlet and the rest, as they say– is history!

Josh began his first term at Max the Mutt in the fall of 2014. He acknowledges the importance of the foundation year, and said that although life drawing wasn’t new to him, he really learned how important it was to animation at MTM. 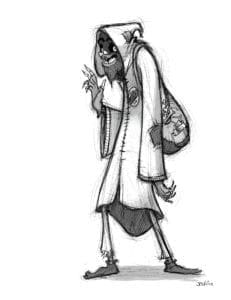 “Life drawing is crucial, when I pose a character, I’m thinking about line of action, silhouette, and most importantly, the story. All of the things we learned in life drawing.”

And what does Josh think about the animation program at MTM emphasis on traditional techniques?

“It’s great,” he said. “Pencil and paper, it’s just the best! Simple and direct. Max the Mutt’s curriculum includes more classical animation than any other program in Canada that we’re aware of!”

It was clear that Josh was in his element here, but Josh understood that to make it as an animator in today’s industry, he had to learn 2D software and take on the challenges of 3D animation. Josh values the fact that his 3D animation instructor, Adrian Hansen, presented the 3D process using 2D tricks and techniques. This has been a tremendous help: “He taught me how to approach 3D as if each frame was a drawing, which was so useful….” 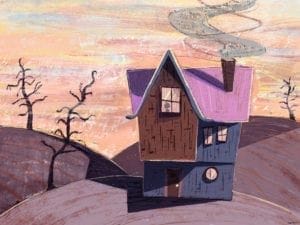 The class was also taught to create thumbnail drawings quickly, “sometimes we would just do ‘thumbnails’ for the entire class time- or however long it took to get the ideas out.” 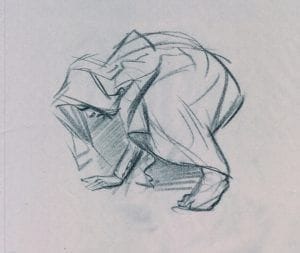 The computer lab where Josh and his classmates are currently working on their final year’s film project is a testament to the importance of the classical animation approach, no matter the medium of the final product. The bulletin boards are covered in concept art, location designs and character turnarounds, many of which Josh has drawn himself. The film’s hand-drawn storyboard is on another wall in the lab, allowing the group to revisit the progression of the film, and make sure everything flows smoothly story-wise.

The fourth year film features a young ghost character, named Sam. For this project, Josh will be integrating his 2D skills into the film, by animating Sam traditionally. To do so, Josh and his classmates will first be animating the 3D elements of the scenes, and then Josh, using Harmony, will draw Sam on top of the existing 3D animation. While integrating 2D elements into a 3D film will be challenging, Josh and his classmates feel the addition of 2D elements will give this project a unique flair.Josh feels, “it’s more satisfying to put your all into a single shot and to make it awesome even if it’s only for 5 seconds rather than animating a minute of “okay” footage.”

In December, Josh responded to an ad looking for classical animators. The position turned out be a project for a major USA company, being produced here in Toronto. Now Josh is working both as a busy 4th year animation student and in his first professional job!

Josh hopes to one day work as a 2D feature animator. He certainly has what it takes to make it in the industry. Having watched Josh struggle, grow, and succeed, his instructors at Max the Mutt would no doubt agree that Josh’s dreams will one day come true. 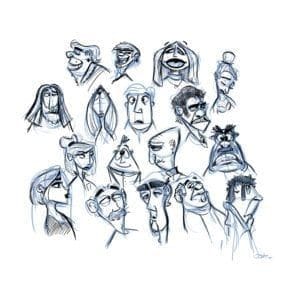